Painting – and the Art of One-upmanship. 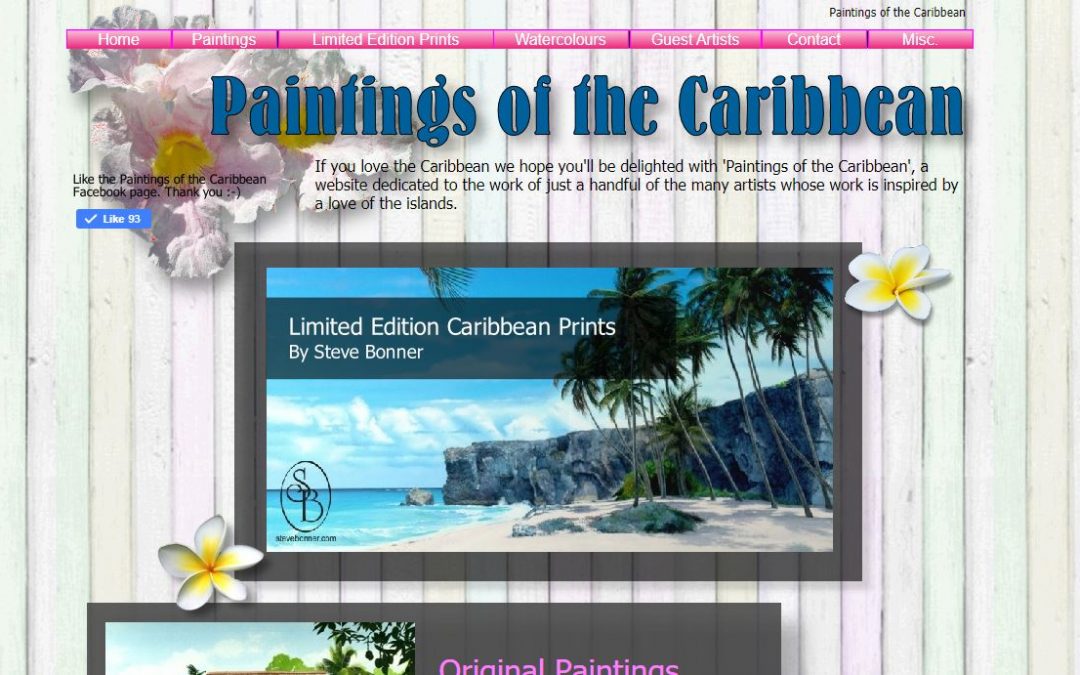 I’ve been putting together a new version of my Paintings of the Caribbean website – a friend helpfully pointed out that the existing one was looking a little tired – so kind! Now, the old one gets a lot of traffic, albeit with a low conversion rate, and has a good SEO ranking, so I can’t afford to let it slip – the new ones got to be good. (I recently learnt that, despite it being ranked umpteenth millionth in the world, the domain has been attributed a value of a $1000 – I was delighted, although perhaps I shan’t retire just yet!)

Anyway, whilst working on the thing I thought I ought to address the issue of the Limited Edition Prints I occasionally sell online. My dilemma was this; do I continue to sell the reproductions the same size as the originals or do I not? The scales are fairly evenly balanced. As a professional painter (and I use the term professional very loosely) I have to maximise my potential earnings however I can. My big originals don’t exactly fly off the gallery walls – they’re expensive, and out of the reach of most of the people who like them. Prints, ‘reproductions’ properly speaking, are the obvious answer. A downside, as a gallery proprietor has pointed out to me, is that it might not be fair to the purchaser of a painting, who has just shelled out several thousand dollars for the original, if I then start selling same size prints for a fraction of the price.

I can see his point, but as the artist the way I see it is that a print is a picture whilst the painting is a work of art. They’re certainly a work of something or other: the bigger canvasses take weeks!

It was while I was contemplating this that a potential scenario occurred to me. Imagine a dinner party in large villa somewhere in Barbados: big white walls and big colourful pictures. One of the guests is looking at a scene of coral cliffs, palm trees and tropical seas. He turns to his host and remarks “I see you have a print of Steve Bonner’s ‘Bottom Bay’”
“Actually” his host replies, “that’s the original!”
Surely that must be a pretty high-score in one-upmanship that almost anyone would aspire to? OK, so it’s not in the league of a Van Gogh or a Picasso, but wouldn’t that moment alone be worth the price of the painting? I’d have thought so.

While I’m on the subject of one-upmanship I must tell you of a similar episode here at Coles a few years back. Tim, the husband of the owner of the property, was mooching around when he bumped into a friend of ours who was renting the cottage at the time.
“Hello” says Tim, “I see you’re wearing a (somewhere or other) Game Reserve T-shirt”.
“Yes”, our friend replies, “Wonderful place. Have you been there?”
“I have actually” said Tim, “My family own it!”
Boom – boom!! Hat’s off to our pal who, treasure that she is, burst out laughing.