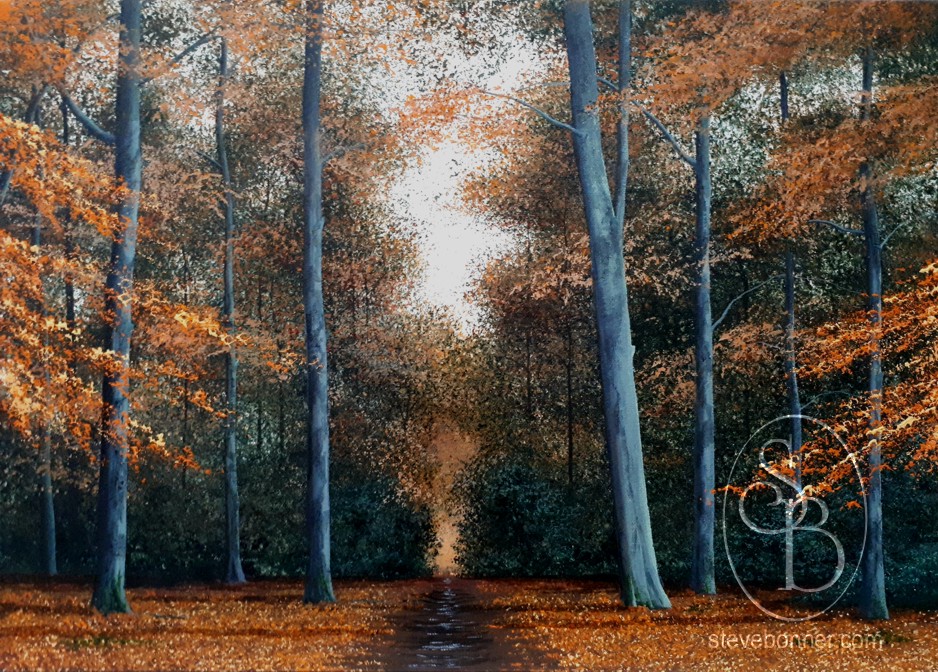 Wave Study? Look’s like another woodland scene to me!

Y’know, it’s good to be painting again! It may surprise you to learn that except for pub chalkboards (of which there have been many – see here) I’ve not touched a paintbrush since October last year. Not a single stroke.

‘Why is that, young Bonner’ I hear you ask, ‘surely painting is your raison d’etre?’ Well, I thought so too – but it seems it aint!

It seems my artistic endeavours aren’t fuelled by a compulsion to create but by far less worthy considerations. I remember a conversation I had twenty odd years ago with a young Bajan friend of mine, a terrific little artist, who told me she only painted for the money. I was horrified – well, maybe not actually horrified but my delusion of an idylic artistic creational ethos was certainly thrown into doubt. How could this be when she was so gifted? She’s not alone let me tell you.  Professional artists paint for the wonga and that alone. Not for the joy, not for the fulfilment – the only artists to paint for pleasure are the hobbyists, and I’m not one of ’em! Ninety five percent of professional painters won’t admit that, of course, but as you’ll know if you’ve ever read the foreword of an exhibition catalogue they really are the masters of bullshit when they’ve a mind.

I sold a couple of small paintings and a handful of prints early on during 2020 but the sales dried up and so did my creative juices. If Joe Public ain’t going to buy ’em I ain’t going to be bothered to paint ’em! Simples!

So what happened? Billy’s on the Beach down in Bracklesham, bless ’em. They’d always turned over a few affordables for me, one a month usually, until the silly virus anyway (I know, I know, the virus is, quite literally, deadly serious but with sillyness defined as ‘showing a lack of common sense or judgement; absurd and foolish’ it was also about as silly as you can get) after which – nothing – until last week. Good God – a sale!

So I’m now working on a one out one in policy. That way I won’t grizzle to much if there’s another 15 months between sales

The painting at the top of the page was the last one I painted in 2020 (it isn’t on the website – there’s little point) and the one below is the painting I’ve just completed. I’m chuffed to bits with it. It’s acrylic on canvas and although it appears similar to previous oils it lacks something of their depth or detail – it’s all broken colour without a glaze in sight – but then it does have that brilliance which one gets with acrylics, and of course it’s less than half the price of the oil equivalents. Yours for a mere £450 quid – feel free to rush, it’ll mean I can paint another one! 16″ x 20″ (half a metre by a bit less) and although a regular canvas it’s painted edge and doesn’t need framing. It’s got impact I promise you. 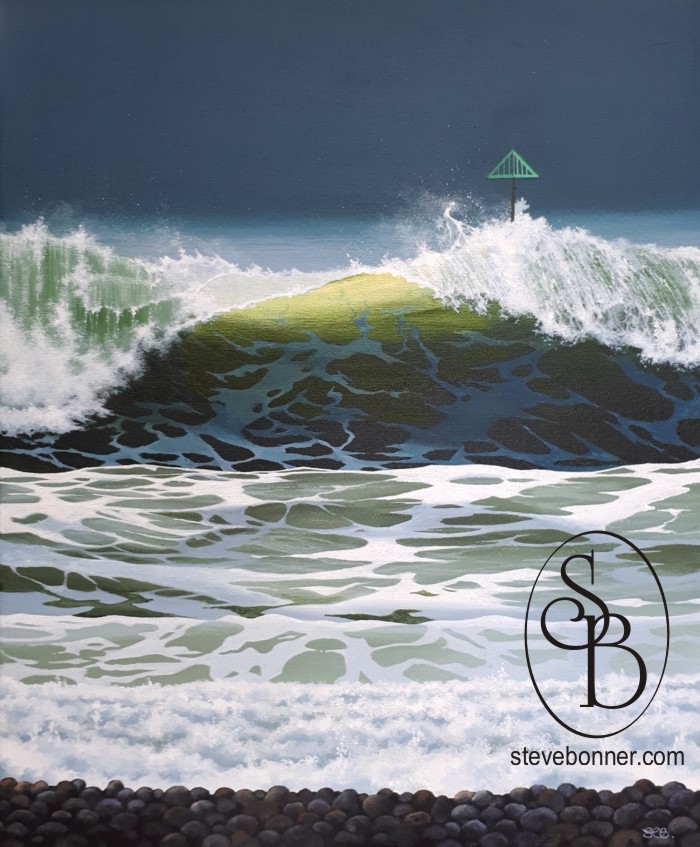