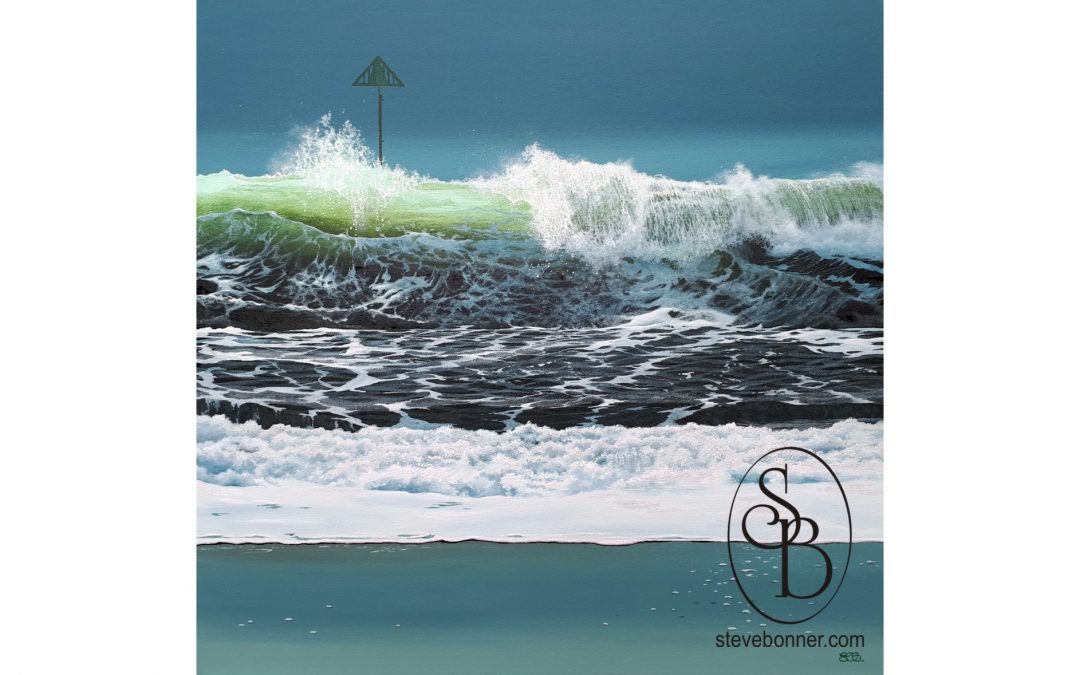 Those of you who read my last blog may recall my mentioning ‘Billy’s on the Beach’, a great little restaurant down in Bracklesham. Billy’s have had a couple of my pieces on their walls for a few years now, nothing big, nothing too expensive, and every now and then I’d be down there filling a gap by putting up a new one. It was Billy’s that managed to break the great lock-down sales dearth when they sold a painting back in the summer – well, they’ve topped that – a few weeks ago they sold three more! In a fortnight! I know!! Extraordinary!!

There’s nothing in life quite like those little pleasures that turn up unexpectedly are there? I don’t tend to use social media much, other than to post these blogs of mine or hawk the odd painting, and there are only a handful of people who ever phone or message me, so I’m not glued to my phone – but I do have a dekko in the mornings to see if anyone I know’s died overnight (that’s a joke by the way (‘ish)) so imagine my joy when there’s a message from Brett at the restaurant – ‘Sold a painting’, ‘Sold another’, ‘and another!’ Then off I trot to put up a replacement, have a chat, have a coffee, have a breakfast maybe. A lovely start to the day.

And I’ll tell you something else that’s paying dividends – this ‘one out, one in’, routine I’ve started. Dawned on me quite quickly that it wasn’t going to work in that form. Obviously I have to have a painting ready to go when one sells – it won’t do at all to have an empty wall while I figure out what to paint next and then rush the thing – which isn’t creatively rewarding and never works. So now I’m planning carefully, painting deliberately, no rushing, no clock watching. It’s renewed my joy in painting – honest injun, I’m having fun I haven’t had in ages.  The painting at the top of the page is the last piece I’ve put into Billy’s – Storm Swell – Morning Light. A fabulous gale recently and this painting came from it. As always it’s never the day of the storm, always the day after – you still have the swell but without the wind chop that turns the sea into a foaming mess. I must get around to subscribing to the surfers sites, then maybe I’d be able to pick up the swell from a storm at sea before it hits here and turns everything into a white and grey maelstrom – and I go to a lot of trouble putting the colour back into white and grey believe me. Anyway, it’s down at Bracklesham and £450 to you, John! Half a metre square – painted edge box canvas – and it does have an edge of foam in the foreground that isn’t in the pic (a last minute addition 🙂 I don’t know why I didn’t photograph it again! )

Any thing else? Well, I’ve been contemplating having a flyer printed to try and drum up some more pub chalkboard work. 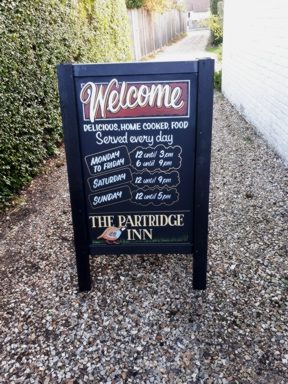 I’ve been working since March for the lovely Clare, painting chalkboards for Sussex Inns. They have half a dozen or so pubs and hotels around the area and I’ve been scampering around them with my paintbox signwriting boards. Huge fun – the staff are all a fraction of my age, they can all remember my name (even if I can’t remember theirs) and they always ply me with strong coffee as soon as I walk in. Brilliant.

Has to be said tho’ – a  few more pubs would really come in handy so if you live in the Chichester area and your local is still using the company muppet to repaint the boards and scrawl barely legible messages for the world to ignore, please pass on my phone number – 07717161945

I do have the knack if I say so myself – but then I have been doing them quite a long time one way or another.

Before I sign off I’d just like to say how sad we are around here that the wonderful Brett is giving up managing Billy’s and is going off to start a new life in Spain. We all wish him and his wife the very best I know. All is not entirely lost as the equally wonderful Daisy is stepping into the breach. Thank heavens for that – Brett’s a hard act to follow and we woz worried 🙂

Billy’s on the Beach