So who wants to have a go at building a website?

I think I built my first website back in 1998, or was it later? I know I’d already done it when my pal Pete, for whom I was working at the time (only part-time, don’t panic) sent me on a course in 2000 – it felt a bit odd – I was fifty, whilst everyone else on the course was in their early twenties; but whatever, I’m a slow learner.

The course was basically teaching html, the fundimental web programming code, and how to use it to iron out the frequent bugs in a nifty little program called Microsoft Frontpage which was then the go to application for the not so bright, notably those of us who think in words and pictures. The techno-nerds, who have the dubious ability to think in code, used the aptly named nightmarish software – Dreamweaver!

Example: A techno-nerd contemplating making a cup of tea.

OK if you like that sort of thing but, frankly, it doesn’t work for me. 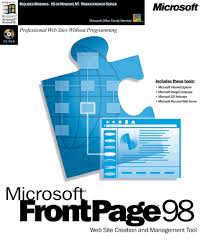 I got on pretty well with Frontpage, the nerds would slag it off continually for it’s cumbersome code (it was minimalist compared to modern programs) and the fact every element was built within tables took some getting your head round but once you had it was peachy. But it wasn’t to last as Microsoft, within 10 years, ceased supporting it – of course they did.

Next up was Serifs Web Plus, and what a lovely piece of software it was – it even came with a manual. I know, it’s extraordinary isn’t it! A WYSIWYG author (what you see is what you get) it worked the same way a graphics program does – if you knew your way around Corel or even Word you were in with a chance. It was intuitive and used language, proper language, with all the familiar stuff: File, edit, insert, text, tools, etc. It would allow you to insert code snippets but nothing really flash (no pun intended – Flash being a web animation software) and wouldn’t allow full-width (which even Frontpage did years earlier). I used it from version 2 all the way to version 8, at which point Serif stopped supporting it – of course they did. 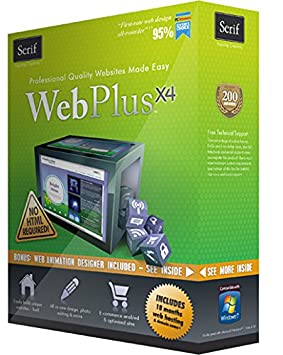 (This link goes to my Paintings of the Caribbean website which was built in Web Plus 8. If you’re using a phone you’ll see at once why it’s obsolete)

What the devil do I do now? Coffee Cup? Unspeakably horrible and I bitterly resent the hundred odd quid I spent on it. The techies that created Coffee Cup are undoubtedly a really nice bunch – it came about apparently in a coffee bar in California somewhere, but for some reason they decided, rather than use English, to make up a whole new lexicon. You can’t attempt the simplest thing without thinking “What the fuck does that mean?”

Now WordPress, in case you didn’t know, started off as a blogging platform, and rapidly grew to become the worlds number one web platform. It’s open source (is that the term?) and was created, basically for everyone, by what seems like a few thousand altruistic techies. If ever there was software designed by a committee this is it – and boy, does it show.

Now if you know nothing about building a website I’ll try to explain. A website is easy (I could even code one – it’ll be shit, but I could!) You build a webpage – you can do this in just about any software these days (save as .html). You add a title and a description*, so Google can log it, and you bung it onto the web. Your hosting company will send you a link, and using what’s called FTP (the simplest software ever) you upload (click and drag) your html file (a web page) and what ever images are in it to that links destination. It’s that easy. There are now a handful of elements, maybe two or three, living on your hosts server – there for the world to see.

If you use WordPress you won’t need FTP but if you do use it to sneak a peek you’ll discover your two or three items now need at least 8,423,061 different folders to function – and they said Frontpage was cumbersome!

Now don’t get me wrong – I’m as pleased as punch with the two sites I’ve built this year. They work well, they’ve got CSS and all the goodies, so I’m grateful to WordPress for the opportunity, but I can’t help thinking it could have been, well, easier. I don’t think WordPress was designed for purpose; I think perhaps, like Topsy, it just growed!

One last niggle or two

I’ve bored you long enough. WordPress has become successful because anyone can build a site with it, and so they can if they have a week or so to spare in order to learn the program; it isn’t very intuitive, it isn’t easy. Despite a plethora of online tutorials (thank heavens) it, and it’s associates, assume you know your way around it. It isn’t written for novices.

I’ve spent hours, possibly days, trying to find a way to do something only to discover I can’t, not without a ‘plug-in’. Now, plug-in’s are legion, there are thousands of them, and to be fair they’re generally free, at least for the basic functions, so a word of advice if I may. If you want to do anything on WordPress that isn’t immediately obvious then Google it straight away – there’ll be a plug-in I promise.

I was suckered into installing a plug-in called Yoast to assist with my SEO. It was free and I don’t generally look a gift-horse in the mouth but my new friends at Yoast are already playing to my parania and I suspect a paid upgrade is imminent unless I want to lose my Google ranking.

Yoast have a traffic light system for analysing a website and they display the colours to show how good or bad they think it is which, I guess, would be OK were they to confine it to the basics, but they don’t – they have the temerity to mark my copy and use of language. They want to suggest synonyms, advise me to use less passive language, use shorter sentences, use more sub-headings!

I left school 54 years ago with, I suppose, an average degree of literacy – a goodish grade of GCE O-level (my school wasn’t big on A-levels; they weren’t required for apprenticeships, joining the forces or signing on) and frankly I’m less than enthusiastic about a bunch of techies marking me out of ten. Hows my spelling? Ah, yes – it’s a plug-in!

Thank you for your forbearance. By reading thus far you have demonstrated you have a tedium tolerance which demonstrates the perfect aptitude for WordPress. Your career as a web designer awaits.

By the way: My English teacher poo-pooed my request to do to A-level English “You shouldn’t over-stretch yourself, Stephen!” Thanks for nothing Mrs. Jolly. Had you no idea what saying that could do to a kid who was already low on self-esteem, you thoughtless, lazy bitch! Call yourself a teacher? (My God! I’ve waited a lifetime to say that!)

* Just in case you want to give that a try open the html file in a plain text editor (Notepad if you specify plain text) bung in and alter the code snippets for title and description you’ll find here.

After that save and upload to the web.